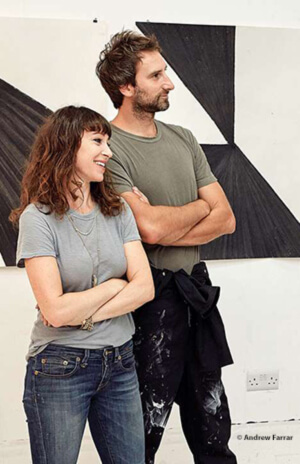 Idris Khan (b.1978 Birmingham,UK, lives and works in London) draws inspiration for his meticulously executed works from diverse but consistent sources. He looks to the history of art and music as well as to some of the most significant philosophical and theological texts. His practice involves the investigation of memory and creativity, but it also considers the layering of experience which the artist mediates through the physical act of a continuous process of creating and erasing, or adding new layers whilst retaining traces of what has gone before.

Repetition and action have always been central to Khan’s practice along with a restricted set of processes. There is the distinct sense of ‘beating time’, of going back and forth while simultaneously bringing a new creation into being. In the past, Khan’s earlier works drew on pre-existing cultural artefacts and were about creating a whole from discrete parts, however his more recent series of works introduce another layer of mediation and are resolutely hand-made. Printed texts are stamped in densely overlaid geometric shapes on the surface of paintings, works on paper, sculptures and wall drawings. The texts are drawn from the artist’s own writings in response to classic art historical, philosophical and religious tracts.

In 2016 Khan was commissioned to make a war memorial for Abu Dhabi. The 90-metre sculpture is the largest work Khan has undertaken. It is formed from hundreds of tonnes of steel and its central spine and 31 tablets (the tallest of which is 23 meters high), are covered by over 1,000 individually cast, hand-painted aluminum panels. Awarded an OBE in 2017, Khan is increasingly recognised not only as one of the leading practitioners of contemporary art in Britain, but as one of the foremost contemporary artists in the world.

Annie Morris (b.1978, London, UK, lives and works in London) works across artistic disciplines. The thread that links her works together and undergirds her practice is her authoritative and imaginative use of line. Sometimes this takes the form of drawn marks – Morris is a wonderful draughtsman and her fluidity of line belies her command and authority over her subjects – at other times the line becomes stitching, and she sews by hand or by machine into the canvas.

More recently though, Morris has started to become renowned for her colourful sculptural pieces. Her totemic ‘Stack’ sculptures appear to defy gravity, reaching majestically for the sky. Sometimes formed from coloured plaster and sand, at other times cast in bronze, these softly rounded, feminine shapes both arrest and delight the viewer. Described by The New York Times as ‘Stacks of Joy’, new editions of these pieces are currently in progress as part of a commission for the Louis Vuitton Foundation. Like trees they share a commonality of type but each edition is distinctly different. Morris’s work is paradoxical in its shades of subtlety and boldness and the artist carefully but apparently unconsciously succeeds in walking the tightrope between the two. 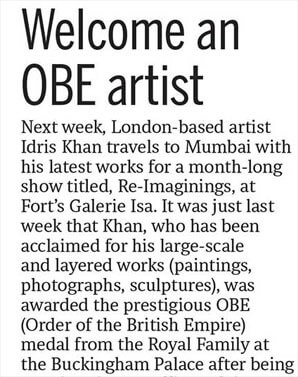 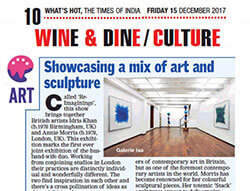 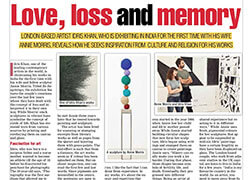