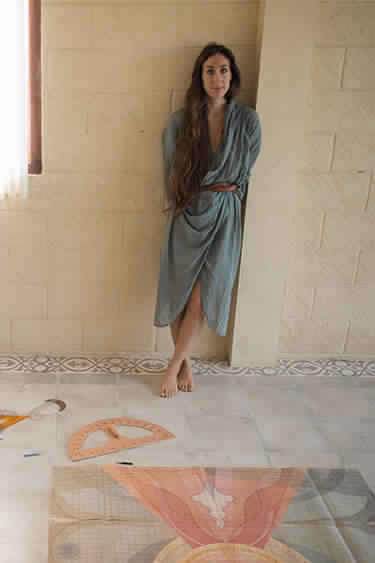 Louise Despont’s drawings open a space that is both ancient and contemporary. In her works made on old ledger paper with the original notations obscured by successive layers of mark making, Despont creates an archaic atmosphere suggested by the paper together with the sense of layering and erasure, which evokes the palimpsestical approach of Cy Twombly. But her project also shares aspects of such information-based works as the “writings” of Hanne Darboven, where the activity of drawing itself is conducted as a self-reflective discourse. With its graph-paper ground and its reliance on a system that contains monumental composition made up of smaller gridded uniform panels.

The basic forms of Despont’s diagrams derive from sacred mandalas, traditional metaphysical mappings, and the related realm of sacred geometry. Although the mandala as such is an Indian or Tibetan schema of the cosmos, mandala-like expressions exist in various forms in nearly all cultures. Individually and as a body of work, Despont’s drawings denote a balance between sacred and profane, good and evil, chaos and order, creation and destruction.

In 2014 Despont moved to Bali, Indonesia where she works and resides most of the time. A series of drawings in this show are inspired by the jungle and gardens surrounding her home. A constant theme in her work for over 10 years has been the study of relationships and pairings that derive from a curiosity to discover the unseen element that arises from these couplings. May it be abstract geometry, architecture, figurative, or botanical, Despont has long felt that the drawings develop from a process of unfolding a relationship and searching for it’s point of balance and harmony. This process is not unlike the cocreative act of gardening. Despont also considers the sacred nature of Balinese rituals to be synonymous with her own drawing practice, connecting and reinforcing the physical and spiritual planes while transforming energy and space through one’s intention and focus. The sensitivities of pencil, paper, and ink provide us with the transparency that allows us to gaze not only upon but through these works, to the motivating forces behind them.

Louise Despont received her BA in Art Semiotics at Brown University in 2006. Her work has been presented internationally in public and private venues including Pioneer Works, Brooklyn; The Museum of Arts and Design, New York; The High Museum of Art, Atlanta; Nicelle Beauchene Gallery, New York, IMO Projects, Copenhagen, IBID Projects, London, among numerous others. The artist is the recipient of a Fulbright Fellowship, a Weston Price Film Award from Brown University, Princess Grace Grant recipient and MacDowell fellow. In January 2016 the artist opened her first major solo museum exhibition at The Drawing Center, New York, titled ‘Energy Scaffolds and Information Architecture’. From this show the MoMA acquired a major piece of her work. In March 2017 the artist was awarded the prestigious, Rosenthal Family Foundation Award by the American Academy of Arts and Letters. Despont lives and works between Bali and New York. 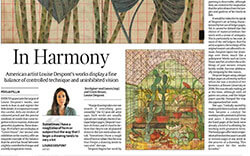 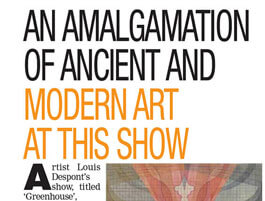 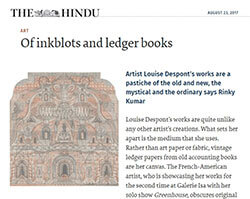 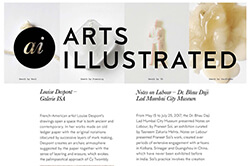