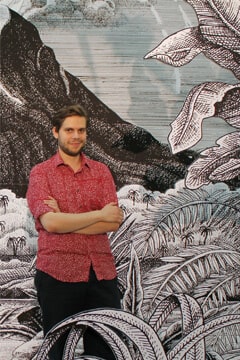 Edouard Baribeaud (b.1984 in Paris, France) draws us into a very different kind of space where the archaic meets the mythical and the folkloric is elevated to the grandest of designs. Baribeaud’s fine drawings translate into theatrical visions which entice the viewer into a land of fantastic and characterful imaginings. The work of Edouard Baribeaud is characterized by his bilingualism and a dual cultural identity. Born in 1984 to a French father and a German mother he was brought up in France and studied book illustration and printmaking at Paris’ prestigious École Nationale supérieure des Arts Décoratifs. In 2010 he moved to Berlin, where he has since cre-ated an impressive body of works on paper. Baribeaud has an astonishing command of the classical techniques (pen and ink drawing, painting in watercolors and gouache paint) - and delights in mixing them freely, combining seemingly incompatible styles within the same drawing.

In addition to the history of art and the experiences of everyday life, Baribeaud often turns to film history as a source of inspiration. The fact that he likes working in extended series, with the individual drawings bearing a chronological and narrative coherence, point to this cinematic approach to drawing. 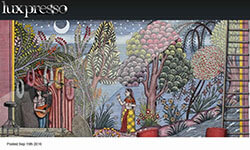 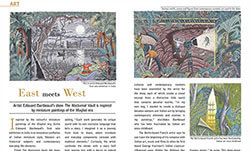 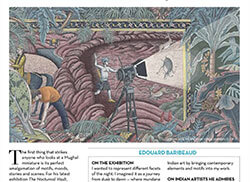 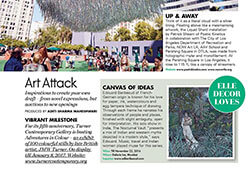 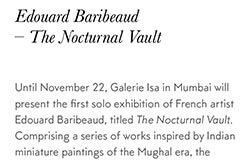 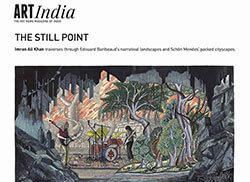 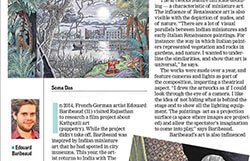 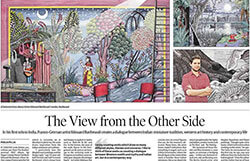 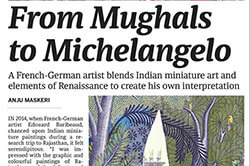