‘Between Worlds’ Curated by Jane Neal

Galerie ISA is delighted to announce the forthcoming group exhibition: ‘Between Worlds’. Created in collaboration with the British curator, Jane Neal, the show will bring together a selection of works by four leading international artists: Ali Banisadr, Marius Bercea, Angel Otero and Fiona Rae.

All four artists explore the territory between abstraction and figuration, and each enjoys the physicality of painting and its process. If archaeology is about exposing the hidden, then painting is the ideal ground for its application. The medium involves the building up of strata: the textured layering of personal and collective memories; interplaying with fiction; intertwining real and virtual. The “hidden” is contained in the visible; the forgotten or imagined often resurrected through the process of painting. Sometimes artists like to play with invisibility using paint to create emotional as well as physical contexts, at other times they seek to convey a haptic sensibility through powerfully physical abstraction. The issue of the unseen, or partially uncovered and what it might contain or mask, is particularly resonant for all these painters working today. Though each is distinctly different, they share in common the ability to convey the tension between what is visible on the surface and what might lie beneath.

The notion of being ‘between worlds’ has long been a theme fascinating to artists. The transience of life and the idea of being poised between the living and the dead has perturbed and inspired in almost equal measure. So too has the tension that often occurs between desire and responsibility, as Sidonie Gabrielle Colette acknowledges: ‘On this narrow planet, we have only the choice between two unknown worlds. One of them tempts us – ah! what a dream, to live in that! – the other stifles us at the first breath.’

Considering that for so much of any given day, most people in the developed and developing world are ‘between worlds’, slipping in and out of portals that connect reality with the virtual, it is perhaps even more important to think about the trace and this point of intersection.

Both the physical and the virtual landscape are influenced by the imagination, a terrain that art has traditionally fed from. Now that (thanks to the internet), artists have access to the largest data base of images of all time through their own computers, it is no wonder that certain painters working today appear to be occupying a field that is also between worlds; in this case between abstraction and figuration. Like an archaeological dig that unearths strata and remnants of information that give insight into the past, so an artist can uncover the felt and the imagined, as well as the seen. This tension between visibility and invisibility, between what is physically present on the surface but also exists underneath or is known to the artist in terms of the imagination and virtual exploration can be formally expressed in the plastic medium of painting. Far from being an outmoded technique that cannot keep up with new technological developments, it has instead proved itself to be the ideal mode of expression; not only in terms of the painter’s own interpretations, but also in light of the viewer’s projections: painting can enable the meeting of perception and imagination in a physically tangible, alternate reality.

Ali Banisadr’s exuberant works strike a balance between chaos and composure. Born in Tehran in 1976, Banisadr’s formative childhood years were during the Iran-Iraq war, forcing him and his family to relocate to the United States where he remains as an active artist based in New York. Banisadr earned a BFA from the School of Visual Arts, and an MFA from the New York Academy of Art, where he was awarded the post graduate fellowship followed by winning an award in painting from New York Foundation for the Arts.

Banisadr’s panoramic works are rooted in his personal recollections, as well as a collective memory and thorough understanding of history and art movements. His direct experiences converge with myth, world history, and invented narratives, creating canvases that are expressively layered in meaning as well as paint.

Banisadr’s works are housed in prestigious public collections worldwide including the Metropolitan Museum of Art in New York, Museum of Contemporary Art in Los Angeles, the Saatchi Gallery and the British Museum in London, among others.

Marius Bercea was born in 1979 and grew up in Cluj, Romania; where he continues to live and work.

At the age of 10, he experienced the demise of the communist period as the USSR disintegrated and the 1989 Romanian Revolution took place. The effects of this history are evident in the pictorial space that Bercea creates as he alludes to a post-communist, early-capitalist Romania. The artist’s works are highly distinctive, as memory, recollection and reality seemingly merge upon the canvas surface, giving rise to a visual sensuality that has made Bercea one of the leading artists of the Cluj School. Bercea received his MA in 2005 from the University of Art & Design in Cluj-Napoca in Romania.

Angel Otero (b. 1981, Santurce, Puerto Rico) is a visual artist best known for his process-based paintings. While much of his practice has been influenced by memories based in photographs and other family memorabilia combined with the gestures of 20th century painting, his latest works highlight the artist’s unique process as a form of narrative in itself. Through his innovative process of oil paint scraping, Otero venerates historical oil painting while confronting it head on. Otero’s ‘deformation’ approach to painting his works, first across glass and then once dry, flaying the dried paint and reconstructing the composition anew across large canvasses, is representative of how the artist perceives the process of reconfiguring both personal and historical narratives.

Otero received his MFA from the School of the Art Institute of Chicago in 2009. Recent exhibitions include Gates of Horn & Ivory,Lehmann Maupin, NY 2013, Material Discovery, SCAD Museum of Art, Savannah and Hong Kong ,2013 and Contemporary Art Museum, Raleigh, NC 2012. The artist lives and works in Brooklyn, New York.

Over the last 25 years Fiona Rae has developed a distinctive body of work, full of restless energy, humour and complexity, which has set out to challenge and expand the modern conventions of painting. Fonts, signs and symbols drawn from contemporary design and typography have appeared in her paintings, whilst abstract marks and spontaneous gestures worry at the autonomy, legibility and function of these graphic shapes, debating a new synthesis of painterly languages. 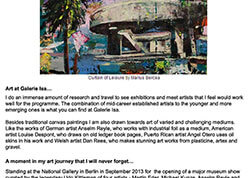 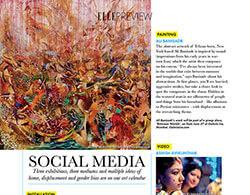 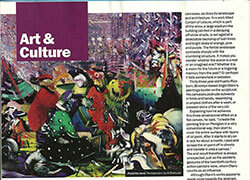 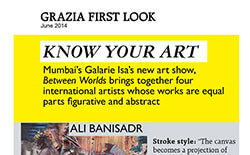 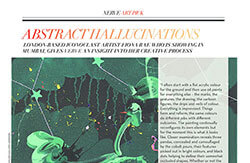 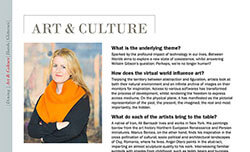 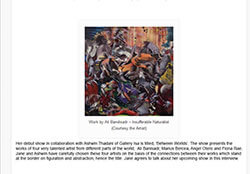 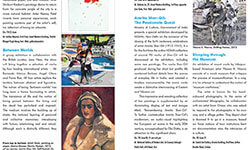 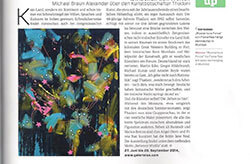 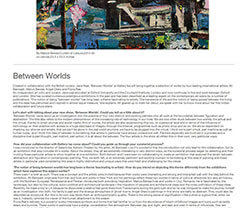 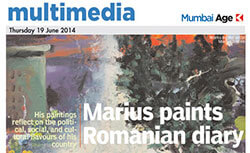 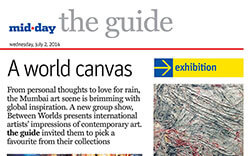 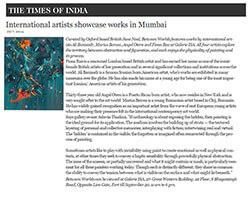 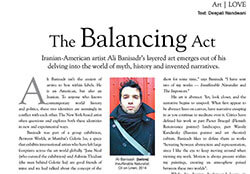